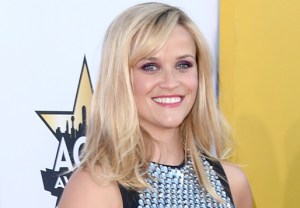 Saturday Night Live is wrapping up its 40th anniversary season with a trio of A-list hosts and equally buzzy musical guests.

Scarlett Johansson, previously announced, will return to host for the fourth time on May 2 — just one day after the release of Avengers: Age of Ultron — joined by musical guest Whiz Khalifa in his SNL debut. (Is it safe to assume SNL will take aim at the current Jeremy Renner-Chris Evans scandal involving Johansson’s Black Widow?)

Reese Witherspoon is on tap for May 9, the second time she’s hosted SNL; The Hot Pursuit star will be joined by musical guest Florence + the Machine.

And the honor of hosting the final episode of the season (May 16) has been given to Louis C.K., already a two-time host. His musical guest is none other than Rihanna.

Your thoughts on the final hosts and musical acts of the season? Drop ’em in a comment below.