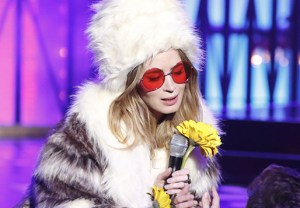 Lip Sync Battle is going for Round 2: Spike TV has renewed its star-studded competition series for a 20-episode second season, it was announced Wednesday.

“Lip Sync Battle is a television and viral rock star for Spike,” network president Kevin Kay said in a statement. “We are thrilled to be renewing Lip Sync Battle whose success is a direct result of the brilliance and creativity of our producers, the brave performers, and of course the coolest new duo on television, LL Cool J and Chrissy Teigen.”

Season 2 of Lip Sync Battle will debut in 2016. Below, check out the memorable “sing”-off between Anne Hathaway and Emily Blunt. (You’ll never hear “Wrecking Ball” the same way again.)