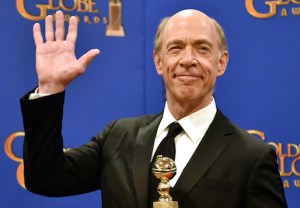 As reported by our sister site Deadline, Simmons will star as Howard Silk, a longtime United Nations agency wonk who discovers the organization he works for is guarding a secret passageway to a parallel dimension — on the other side of which is his own counterpart, who is dubbed Prime.

The project was created by Justin Marks (Street Fighter: The Legend of Chun-Li, the upcoming Jungle Book movie), while The Imitation Game‘s Morten Tyldum is set to direct the first episodes.