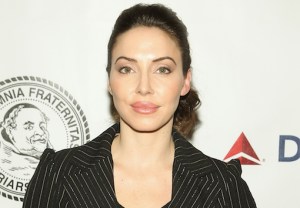 Are men necessary? Whitney Cummings wants to find out, and HBO wants to help her do so.

The premium cabler has greenlit a pilot created by and starring the comedienne, our sister site Deadline reports.

The half-hour comedy is loosely based on Maureen Dowd’s 2005 book, Are Men Necessary? The potential series would take a studied look at relationships, using experts to help the characters figure out what role biology plays in their decisions.

Cummings will executive-produce with Dowd, Tom Werner (Are You There, Chelsea?, That ’70s Show) and Jimmy Miller (Whitney Cummings: I Love You).

The HBO comedy will be Cummings’ first cable series; she also created/starred in NBC’s Whitney and co-created CBS’ 2 Broke Girls.

In related news, Cummings’ first HBO comedy special will film this fall and is slated to air in 2016.