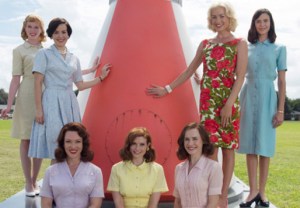 ABC’s The Astronaut Wives Club has (finally) officially been cleared for liftoff.

The drama, which focuses on a group of women who support their star-bound husbands during the 1960s space race, will bow Thursday, June 18 at 8/7c, the network announced Monday.

The period drama was curiously omitted from ABC’s initial announcement about summer premiere dates, which detailed the returns of Rookie Blue, The Bachelorette and more.