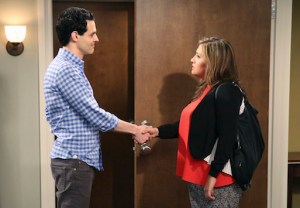 ABC’s Last Man Standing on Friday night wrapped Season 4 with 6.2 million total viewers and a 1.1 rating, down a tenth week-to-week and off three tenths from its previous finale.

Over on The CW, Cedric’s Barber Battle debuted to 830,000 viewers and a 0.2 rating, down sharply from the Whose Line rerun (1.3 mil/0.4) that filled the time slot a week ago. Whose Line Is It Anyway? itself returned to 1.1 mil/0.4, down 33 percent from its last fresh outing. The Messengers bowed to 1.2 mil/0.3, down a tenth from Hart of Dixie‘s final Friday premiere and finale. (TVLine readers gave the supernatural drama an average grade of “C+.”)