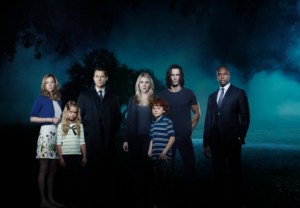 The poster for ABC’s summer thriller The Whispers is rated TV-CC — and that stands for Creepy Child.

OK, OK, the kid is cute enough, but it’s the eerie glowing hands — and that “Not all imaginary friends are imaginary” tagline — that’s making us a little uneasy.

The network’s logline for the series is as follows: “We love to play games with our children. But what happens when someone else starts to play with them, too? Someone we don’t know. Can’t see. Can’t hear. In The Whispers, someone — or something — is manipulating the ones we love most to commit the unthinkable. In the country’s center of political power, Washington D.C., several kids have been talking about their imaginary friend, Drill. What the parents don’t know is that this friend is not as imaginary as they think. And when the mysterious games Drill convinces them to play turn dangerous, FBI child specialist Claire Bennigan (American Horror Story‘s Lily Rabe) is called in to investigate. What is it that Drill wants, and why does he – or it – only communicate with children? As the clock counts down, a suspenseful race will begin to save not only their families, but the world. Before it’s too late.”

Hrmmm… my inner Vegas oddsmaker has alien invasion at 2-1, demonic possession at 5-1, ghosties and goblins at 8-1 and the Siren Call of the Kardashians at 12-1.

Check out our exclusive first look at the official poster below — then share your thoughts in the comments! 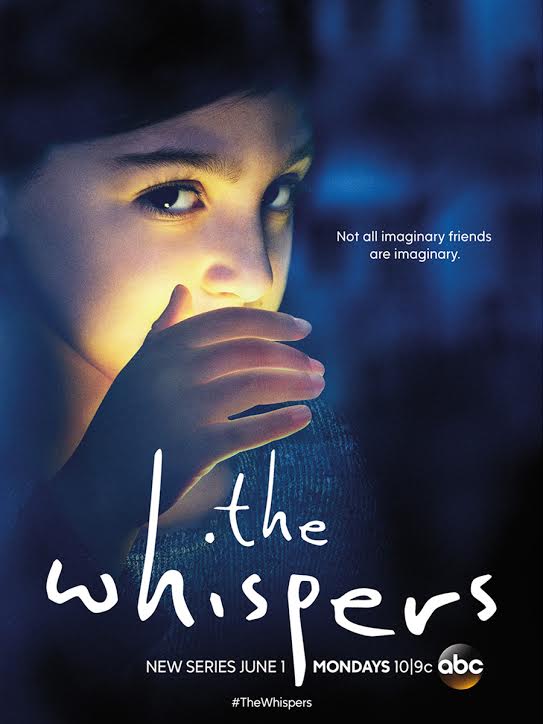