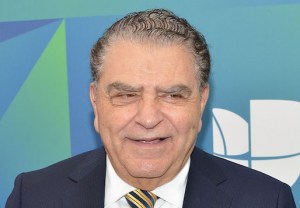 Millions of gente are going to have to find some other way to fill their Saturday nights: Sábado Gigante is coming to a close.

The long-running, Spanish-language variety series hosted by a man calling himself Don Francicso will broadcast its final episode on Sept. 19, the Miami Herald reported Friday.

Don Francisco (whose real name is Mario Kreutzberger) will discuss the series’ cancellation during this Saturday’s broadcast. The network declined to comment to the Herald about the reasons behind the show’s ending.

Kretuzberger began hosting the series (which aired on Sunday and was called Show Dominical) in Chile in 1962. The series moved to another Chilean channel, which broadcast it on Saturday and changed the name to Sábados Gigantes, in 1963. The series gained its new home at Univision, and its singular title, when the host moved to Miami in 1986.

Kreutzberger will remain with Univision, developing talent and hosting specials.