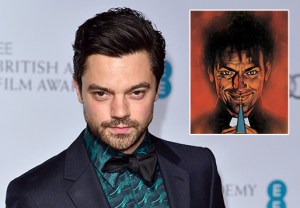 Dominic Cooper is the answer to AMC’s prayers.

The Agent Carter actor has landed the titular role in Preacher, the cabler’s drama pilot based on Garth Ennis and Steve Dillon’s 1990s comic.

Exec-produced by Seth Rogen and Evan Goldberg (This Is the End), Preacher centers on Cooper’s Rev. Jesse Custer, a conflicted Texas minister who merges with a spiritual force called Genesis — making him more mighty than the Almighty. Joined by his gun-toting girlfriend Tulip (S.H.I.E.L.D.‘s Ruth Negga) and the hard-drinking Irish vampire Cassidy, Custer begins a violent journey across the country in search of answers from a disenfranchised God.

TVLine’s sister site Deadline was among the first to report the news.

Is Cooper the Preacher you imagined? Hit the comments!