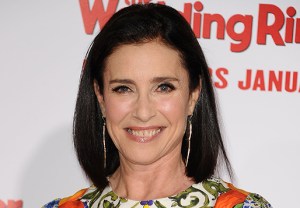 The actress will appear in the CBS procedural’s final two Season 12 episodes, TVLine has learned.

She will play a CIA officer in “The Lost Boys” and “Neverland,” airing May 5 and 12, respectively. Further details about her character aren’t yet available.

Rogers — whose TV credits include Amazon’s Bosch, Two and a Half Men, and Wilfred — most recently appeared on last Sunday’s Mad Men.