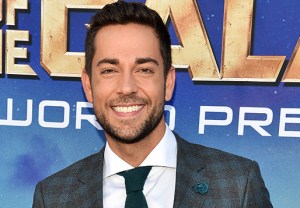 Syfy on Wednesday announced that Levi will executive-produce and host a new game show for the network called Geeks Who Drink, based on the nationwide pub trivia phenomenon.

The rules are simple: Each week, two teams of three “trivia geeks” will answer questions from a variety of categories ranging from science fiction to pop culture; as an added bonus, each team will be helmed by a celebrity captain.

“To be the executive producer and host of Geeks Who Drink is an exciting opportunity to broaden my experience on both sides of the camera,” future Heroes Reborn star Levi says. “Geeks Who Drink is such a fresh take on the game show genre, and something that we at [Levi’s production company] The Nerd Machine believe will resonate with everyone who loves trivia and pop culture.”