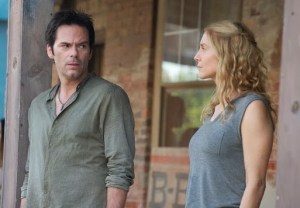 If you were among those steadfastly lobbying to #RelocateRevolution, your wish has been granted.

TVLine has learned that NBC’s postapocalyptic drama, which was powered down almost a year ago, after two seasons, will return to finish its story in the form of a four-chapter digital comic book.

In a letter to fans, Kripke says that short of producing cost-prohibitive new episodes, “We can do the next best thing. Which is end the story. On our terms. Exactly the way we would have.”

Dear Revolutionaries, Patriots, and Soldiers of the Monroe Militia,

So first of all — thank you. Seriously. Sincerely. The loyalty you’ve shown Revolution these past months has been touching and overwhelming — it’s meant more to me than you’ll ever know. And in case you were wondering — yes, we’ve been listening. We’ve read the tweets. We’ve seen the incredible petition. We’ve followed #RelocateRevolution. Please know that you’ve been heard.

And solely because of your efforts, we wanted to pay you back — to give you something fantastic. And while, unfortunately, we simply can’t make more episodes of the show (alas, there are financial realities we can’t overcome), we can do the next best thing. Which is end the story. On our terms. Exactly the way we would have.

So J.J., Jon and I are pleased and proud to announce the Revolution endgame: a four-issue series coming soon from DC Comics. If you take a look at the attached photo, you’ll see that we brought back the entire writing staff to work on it. The band’s back together! (And if you study the photo closely, you’ll notice a certain young, plucky Matheson [Tracy Spiridakos] who also joined us).

Everyone has generously agreed to work for little or no money. They’re doing it, because like you, they’re passionate about this story and want to see it end correctly.

So stay tuned. We’ve got lots of work to do. We’ll keep you posted—in the coming months, you can expect more details, sneak peeks, and early artwork. But Miles, Monroe, Rachel, Charlie, Aaron, Neville and the rest will return for the epic finale to the Revolution storyline. We hope you’re as excited as we are. And again — thank you. This is because of you. This is for you.

In the time since Revolution wrapped, among its main cast members, Billy Burke guested on Major Crimes and stars on CBS’ summer series Zoo, David Lyons has booked an NBC pilot, Elizabeth Mitchell recurred on Once Upon a Time and recently joined Crossing Lines, Tracy Spiridakos recurred on Bates Motel (and booked a pilot), and Giancarlo Esposito returned to Once Upon a Time, filmed the first Maze Runner sequel and did four episodes of Allegiance.

Illustrated by DC Comics’ artist Angel Hernandez, each of the chapters will have a specially designed cover, rolling out every two weeks starting Monday, May 4 (first at ComicBook.com, then a week later at Facebook.com/Revolution). A sneak peek at the illustrated Sebastian, Miles and Charlie can be seen here (click to zoom): 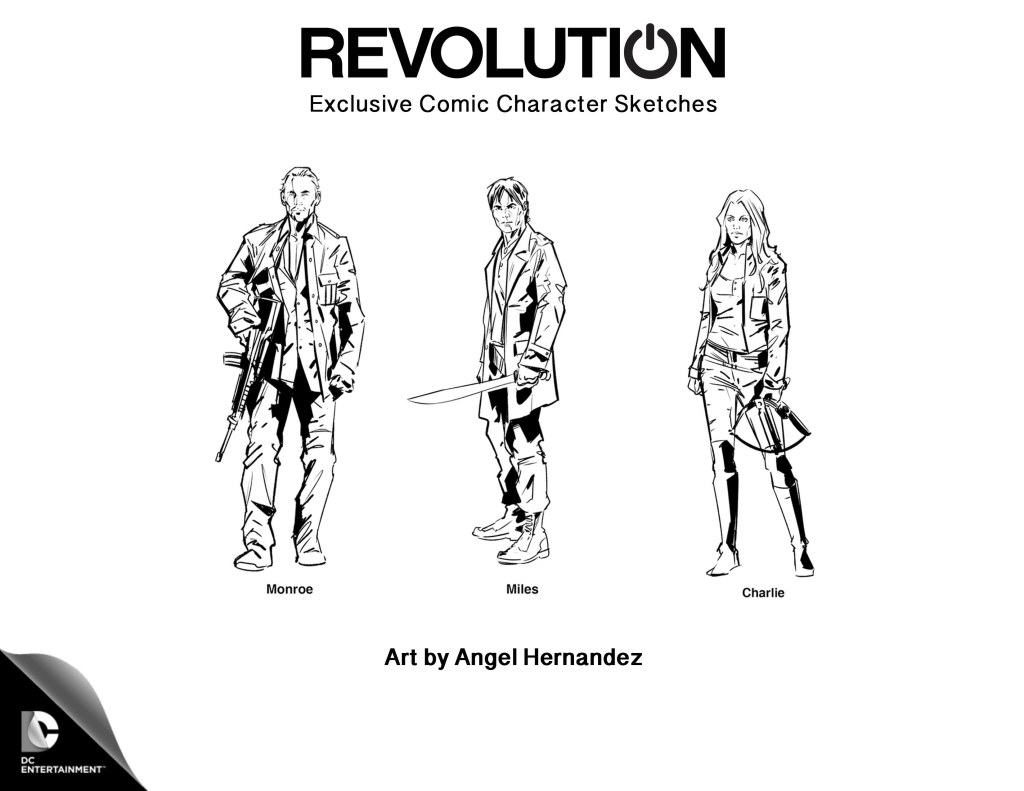