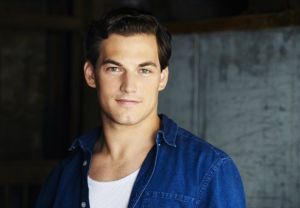 Grey’s Anatomy is about to be graced by royalty.

The venerable ABC medical drama has cast Giacomo Gianniotti — AKA faux “Lord Julien” on The CW’s Reign — to join the cast in a potentially recurring role, TVLine has learned exclusively. An ABC rep confirmed the Italian actor’s casting, but provided no details about his character. (My guess: He’s a new intern.)

In addition to Reign, Gianniotti has recurred on ABC’s short-lived Selfie and BBC America’s Copper. He is also set to co-star in Lifetime’s forthcoming miniseries The Secret Life of Marilyn Monroe as the Blonde Bombshell’s first husband Jimmy Dougherty.

Here’s Gianniotti participating in the Ice Bucket Challenge, and making 99 percent of the male population feel inferior in the process.