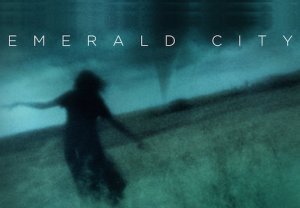 Ding-dong the witch is alive!

Eight months after abruptly pulling the plug on Emerald City, NBC has revived its re-imagining of the classic Wizard of Oz universe with a 10-episode order, TVLine has learned.

The project — which blends elements from author L. Frank Baum’s 14-novel collection — was scrapped last August due to creative differences between EP/writer Josh Friedman (Terminator: The Sarah Connor Chronicles) and NBC. David Schulner (The Event) has now taken the showrunner reins from Friedman.

Here’s the official Emerald City logline (in case you need a refresher): “In the blink of a tornado’s eye, 20-year-old Dorothy Gale and her K9 police dog are transported to another world, one far removed from our own — a mystical land of competing kingdoms, lethal warriors, dark magic and a bloody battle for supremacy. This is the fabled Land of Oz in a way you’ve never seen before, where wicked witches don’t stay dead for long and a young girl becomes a headstrong warrior who holds the fate of kingdoms in her hands.”

Are you happy NBC is attempting another trip down the Yellow Brick Road? Or should the network just drop a house on this thing and be done with it? Hit the comments!