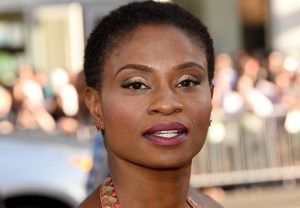 The actress will play a woman who helps slaves find their way along the Underground Railroad in WGN America’s forthcoming historical drama, per our sister site Deadline.

Porter, whose extensive resume includes roles on The 100, True Blood and The Newsroom, will portray Pearly Mae. The character is instrumental in spreading a song that contains clues that lead escaping slaves to freedom.

The one-hour drama, which was ordered straight to series in February, “follows a group of slaves who plan a daring escape from a Georgia plantation to cross 600 miles to freedom, aided along the way by a secret abolitionist couple running a station on the Underground Railroad,” according to the network. To succeed, they’ll have to “evade those tasked with bringing them back, dead or alive.”