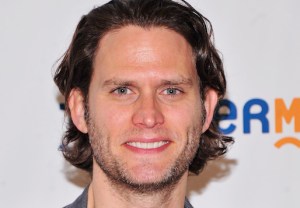 Steven Pasquale is trading in the campaign trail for a paper trail.

The actor, who just ended a recurring run as Good Wife Alicia Florrick’s campaign manager, has signed on to star in Almost There, DirecTV’s next original comedy series.

Per our sister site Deadline, Pasquale will play Jackson Cooper, a perpetually single and commitment-phobic psychiatrist who finally meets the girl of his dreams… only to leave without getting any of her information. Throughout the 10-episode series, Jackson embarks on a quest to find her, and find himself along the way.

In addition to his recent turn on The Good Wife, Pasquale’s TV credits include Rescue Me, Netflix’s Bloodline and NBC’s Jekyll-and-Hyde drama Do No Harm.