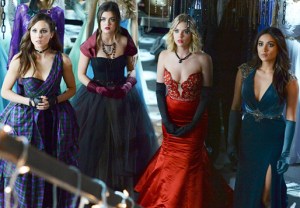 Fresh off the ABC Family drama’s big “A” reveal, Pretty Little Liars has been given an official Season 6 premiere date.

The drama will commence Tuesday, June 2 at 8/7c, the network announced today during its upfront presentation, as the girls’ time at Rosewood High School comes to a close. (Brace for time jump!)

Additional new series — Kevin From Work, Job or No Job, Monica the Medium, Startup U and Next Step Realty: NYC — will also premiere later this summer, dates TBD.

Return dates for Switched at Birth and Chasing Life will also be announced at a later date.