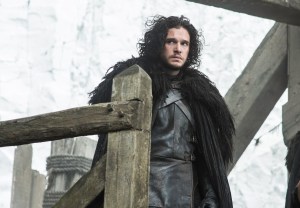 According to a Nielsen estimate, about 8 million people tuned in to the series’ 9/8c broadcast. That number was up 17 percent (1.16 million viewers) from Season 4’s premiere and clocks in at roughly 800,000 more viewers than any other Thrones episode ever.

RELATED Game of Thrones Premiere Recap: Thinking Outside the Box

The drama’s previous high came from the Season 4 episode “Mockingbird” — AKA the one where Littlefinger killed Lysa by pushing her out the moon door — which drew 7.195 million viewers.

Sunday’s premiere also averaged 5.3 million viewers (a 4.19 rating) in the 18-49 demo, a 14 percent increase from last year’s premiere, though this group is far less important to a premium cabler like HBO than it is to a broadcast network.