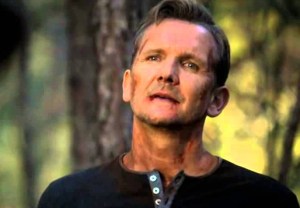 Dahlia’s arrival on Monday’s The Originals (The CW, 8/7c) also triggers the return of Mikael, played by Sebastian Roché, who has simply this to say about the long-awaited hour: “It’s truly going to be epic.”

“Mikael was sent by his newly-found daughter to find some element to be able to combat Dahlia,” Roché reminds TVLine. “We’re going to see him come back in Episode 18, and he’s definitely going to be surprised by what’s happened in his absence,” including that Freya has chosen to end her mother’s life in his absence. “It’s all going to be huge.”

And while he can’t comment on the show’s next big death — executive producer Julie Plec recently tweeted about reluctantly offing a major character — Roché has some very interesting ideas about his on-screen late wife.

“To tell you the truth, I don’t think anyone really dies on this series,” he admits. “You never know when someone is going to resurface. I’ve died in a pretty definite manner on The Vampire Diaries; I’ve been stabbed and spiked and had my neck broken. I never see a finality to it. On other shows, I’d be done, except for maybe a flashback — and there’s always a chance for a flashback! You could see Esther there, who knows?”

Since I’ve already brought up TVD, Roché also has some insightful thoughts about his former co-star Nina Dobrev’s decision to leave the show after six seasons. 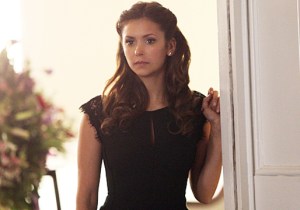 “I think it’s wonderful,” he says. “She did such great work for the past six seasons, and I totally understand. She’s at such a young age, and she wants to explore and have new adventures. She really turned [Elena] into one of the most seminal characters on TV, and she’ll be such a huge star because of that, so I give her kudos. She’s going to go on to do amazing things, I’m sure. She’s a really wonderful person, too, and she did this in a very classy way. There is that element of excitement and surprise and fear in letting go of such a monumental show as TVD. It’s a worldwide phenomenon, so I think it’s very brave, as well. I give her props for that, very much so.”

Originals fans, how do you hope Dahlia’s arrival will pan out? And which character is next to go? Drop a comment with your thoughts and theories below.