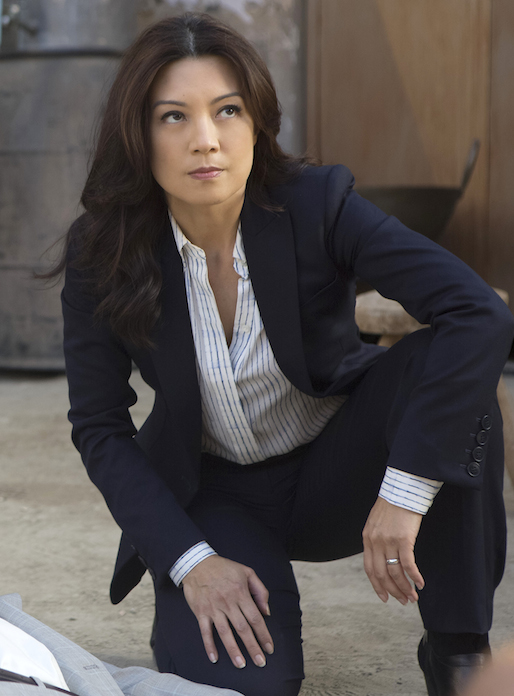 For a full two years, Ming-Na Wen could only wonder why her character on Marvel’s Agents of S.H.I.E.L.D. had earned the nickname “The Cavalry” – and why hearing that moniker was invariably met with a disapproving glare.

“Since the beginning, I had to create my own ideas and my own stories [behind the nickname],” the actress told TVLine before heading out to the Los Angeles screening of The Avengers: Age of Ultron, “because they wouldn’t tell me anything!”

The guessing games ended when Wen received the script for this Tuesday’s episode (ABC, 9/8c), which is titled “Melinda” and discloses the actual story behind The Cavalry’s origin, in flashbacks to the infamous Bahrain op, in which S.H.I.E.L.D. closed in on a powerfully gifted female. Wen, over time, had braced herself for the reveal, yet still she was not prepared the shocking truth.

‎”I had had hints about the potential for what she could have done, but [the producers] never went into details and they couldn’t confirm whether that was the direction they were going to take it,” she shares. 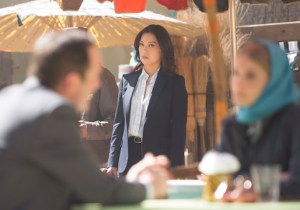 “So when I did finally read it, it was extremely devastating. To have learned what she had to do, for the good of the many… I can understand why it would traumatize her so much and cause her to retreat.”

To best draw contrast with that dark truth, the “Melinda” flashbacks open with a firsthand look at what the venerable S.H.I.E.L.D. agent was like beforehand — back when her smiles weren’t akin to unicorn sightings.

“She was married, she was in love with Andrew (played by Blair Underwood), she had a job that she excelled at and loved and believed in — so her world was pretty perfect,” Wen previews. “She had lightness to her, and a certain confidence that’s different from ‎what May has now, that the fans are familiar with.” Being a S.H.I.E.L.D. field agent and all, “She certainly wasn’t wide-eyed and innocent,” Wen points out, “but she certainly was optimistic and truly, truly believed in what she was doing.”

Having the chance to reveal to viewers this “pre-Cavalry” Melinda May, coupled with her recent turn as Agent 33, has in effect given Wen at least three characters to portray this season, as well as afforded her chance to paint with a broader palette of colors.

“I’m so thankful the 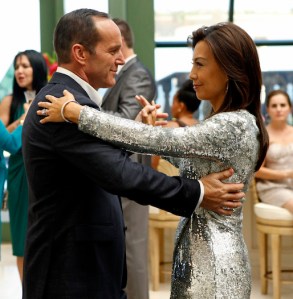 writers gave me all these opportunities, to explore Melinda May undercover — having to pretend to be this socialite doing ballroom dancing — to being a completely different character as Agent 33, who really has no identity except that fact that she feels like a lost puppy in need of having someone tell her what to do.”

Wen smartly notes that Agent 33 and May share more in common than one might suspect, if only in light of the current S.H.I.E.L.D. vs. “real S.H.I.E.L.D.” storyline that has invited Coulson’s charges to question their director’s agenda – a mystery amplified this week when more of his secretive operations surface.

Describing Agent 33 as “someone who is trying to figure out where her place is, where her loyalty lies,” Wen says the similarity is that May “is starting to find out that Coulson (Clark Gregg) has been keeping massive amounts of secrets from her,” planting seeds of doubt in she who has been his most staunch defender.

“No matter what was happening to him, she believed that at his core he was a man of honor and integrity, and really what S.H.I.E.L.D. stood for,” Wen says. “But in this episode especially, she finds out a few things that kind of rock her world, a lot. And it’s not just with Coulson, but also with her ex-husband. It’s like: What’s wrong with these men, man?!”

Of course, May wouldn’t have to guess so much about Coulson’s game plan if he would have looped her in, or checked in with her in the course of tracking down their “bad option,” Grant Ward. But thus far, she remains in the dark, where the only thing that can grow is suspicion. “She felt that if Coulson could trust and want to talk with anybody, it would be her,” seeing as they previously navigated a similarly sticky wicket when she had secret orders from Fury. But, Wen laments, “I don’t think that’s the case!”

The final verdict on Coulson is likely fodder for the Season 2 finale, which, Marvel being Marvel, remains much of a mystery. Will it be large, medium or small? Quiet, loud or explode-y?

“I don’t think S.H.I.E.L.D. does anything small, for sure!” Wen answers with a laugh. “I’m just always amazed we’re able to finish each episode in eight, nine days. And our post-production team, the visual effects people, Mark Kolpack and his whole team… it really blows my mind how much we accomplish in a very short amount of time.

“But we’re all very tired,” the actress adds. “I can reveal that!”