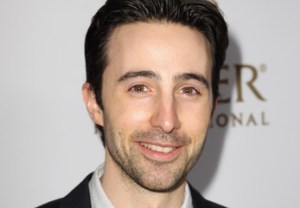 Drama-obsessed CW is getting back into the half-hour comedy biz.

The network is repackaging its digital series, Significant Mothers, into a full-fledged sitcom, giving the project a nine-episode order and a tentative summer launch date.

Much like its CW Seed predecessor, Significant Mothers centers on budding Portland restaurateur Nate’s (90210‘s Josh Zuckerman), whose world is turned upside down when he comes back from a business trip to find his lothario best friend and roommate, Jimmy, is now dating his recently separated mother, Lydia (Krista Allen). To make matters worse, Nate’s previously disinterested dad, Harrison (Jonathan Silverman) is now determined to win Lydia back and isn’t afraid to use Nate to get what he wants.  Stuck between his family feud and his best friend’s first serious relationship, Nate’s “new normal” forever changes his relationships with his parents, and severely handicaps his own dating life.

The role of Jimmy, played in the web version by The Client List‘s Rob Mayes, is in the process of being recast.