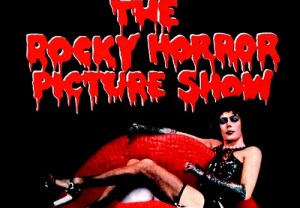 Let’s do the time warp again!

The update will be faithful to the text of the original 1973 play by Jim Sharman and Richard O’Brien, but reimagine the story visually.

Unlike Fox’s upcoming Grease and NBC’s musical specials, Rocky Horror will not air live, per EW.com.

Gail Berman and the 1975 film’s producer Lou Adler will serve as EPs alongside Ortega.