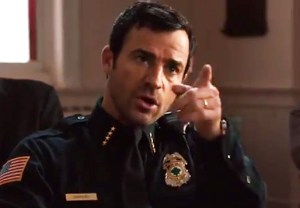 As hinted at in a recent Ask Ausiello, The Leftovers will move production to Austin, Texas in Season 2, TVLine has learned exclusively. The onscreen setting will also shift to the Lone Star State from the fictional Mapleton, NY, although it’s not clear what the new town will be called (but it’s safe to say it’ll be something other than Austin).

The move is part of an overall creative revamp the show is undergoing after exhausting nearly all of its source material in Season 1 (the series is based on exec producer Tom Perotta’s 2011 novel of the same name). In addition to the geographic change, the acclaimed drama is dropping roughly half of its cast; however, leads Justin Theroux, Amy Brenneman, Chris Zylka, Margaret Qualley, Christopher Eccleston and Carrie Coon are expected to return.

A new African-American family will be introduced in Season 2 to help fill the void; casting for those roles is underway.

Production on Season 2 is slated to start later this month.