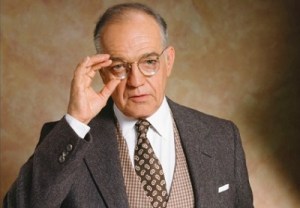 Actor Richard Dysart, best known for his Emmy-winning role as senior partner Leland McKenzie on L.A. Law, died April 5 after a long illness, our sister site Deadline reports. He was 86.

Dysart — who got his start in radio and on stage — starred in the long-running NBC drama from 1986 to 1994. The performance earned Dysart a supporting actor Emmy in 1992.

During his time on L.A. Law, Dysart took part in one of the most shocking moments in TV history, the elevator-shaft death of Rosalind Shays: