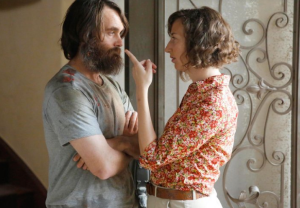 Fox has renewed The Last Man on Earth for a second season, TVLine has confirmed.

The Will Forte-Kristen Schaal comedy bowed strongly in March, with 5.7 million viewers and a 2.3 rating — besting all Sunday comers in the demo and performing especially well with men. Most recently, cast adrift in a series of Fox Sunday repeats, it has hovered closer to 3.5 mil and a 1.3 rating.

“We knew we had something special with The Last Man on Earth,” Fox president David Madden said in a statement. “It’s one of those rare shows that continues to add depth and dimension to its unique premise, week after week. We are so thrilled that this incredibly bold, original and inventive series has been embraced by both fans and critics, and we cannot wait… [for] Season Two.”