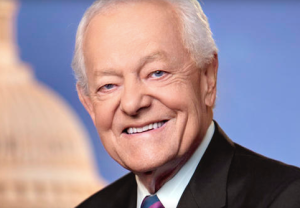 The 76-year-old legend made the surprise announcement Wednesday during an appearance at his alma mater, Texas Christian University.

“Because that was where it all started for me, I wanted this to be the place, and I wanted you all to be the first to know that this summer I’m going to retire,” he told the reportedly stunned crowd. “It’s been a great adventure. You know, I’m one of the luckiest people in the world because as a little boy… I always wanted to be a journalist, and I got to do that. And not many people get to do that, and I couldn’t have asked for a better life or something that was more fun and more fulfilling.”

Schieffer, who has been with CBS news for nearly five decades, has interviewed every president since Richard Nixon during his storied career.