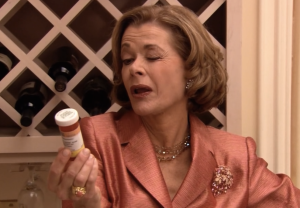 Book your celebratory table at Klimpy’s — and pray that the Ike and Tina Tuna is still on the menu — because the Bluth family is coming back to television.

Arrested Development executive producer Brian Grazer confirmed during an interview with The B.S. Report (embedded below) that a fifth season of the cult-favorite comedy is in the works.

“We’re gonna do another 17 episodes,” Grazer told host Bill Simmons, when asked about the Emmy-winning series that ran for three seasons (from 2003-2006) on Fox, then was revived with an additional 15-episode run in 2013 via Netflix. “So stay tuned for Arrested Development.”

Fast-forward to the 24-minute mark and press PLAY to hear Grazer share the news (and dish the success of Empire), then share your thoughts on whether this is a great idea — or a huge mistake.