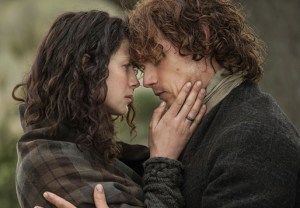 Kilts and corsets for the win!

The return of Starz’s Outlander pulled in more than 1.22 million viewers Saturday night, per a network release, up 69 percent from its series premiere last summer.

Adding in Sunday, the historical drama drew an additional 1.16 million pairs of eyeballs, putting it on par with the season’s average weekend viewership of roughly 2.4 million.

In addition, Starz noted, women made up more than half of the live (62 percent) and weekend (59 percent) audience.