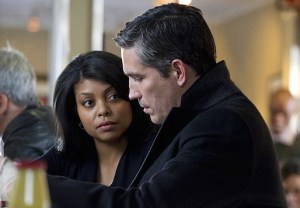 CBS’ Person of Interest will offer its loyal fans a little cookie on April 14, with the return of a favorite character.

Taraji P. Henson, who this past TV season lorded over Fox’s Empire, will reprise her role as NYPD detective Joss Carter, TVGuide.com reports.

Of course, Carter was famously and fatally gunned down in a November 2013 episode, so Henson will be appearing in new flashbacks, as Reese works a cold case left unsolved by his onetime cohort-of-sorts.

Flashback or not, do you look forward to seeing Henson back in her old, less-flashy role?