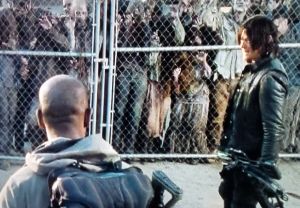 We’ve got questions, and you’ve (maybe) got answers! With another week of TV gone by, we’re lobbing queries left and right about shows including The Walking Dead, Castle, Cougar Town and Scandal!

1 | Really? Not one of these Walking Dead walkers has half a brain to simply (if even accidentally) lift the latch on the gate? Also, how rotten did you feel about yourself for hoping Sasha would kill Gabriel and for Glenn to off Nicholas, after neither of them wound up shooting the villains? And is there any rational explanation for why Maggie didn’t warn her group that Gabriel had betrayed them to Deanna?

2 | Weren’t some of the associates’ reactions to The Good Wife‘s hacked emails a little over-the-top? (Spitting on your boss’ office door? What, are we 14?) Meanwhile, considering everything Alicia, Diane and Cary have been through together — Will’s death, Cary’s arrest, the launch of their new firm — are you surprised their negotiation talks have been so contentious? And who’s still fanning themselves over Will and Alicia’s emails?

3 | Was Revenge‘s Amanda Clarke reveal somewhat underwhelming? (Does that speak to the current quality of the show?) And in the wake of it, what stories can the bubble drama possibly have left to tell if it’s somehow renewed?

4 | How does Secrets and Lies‘ Ben plan to hide the incriminating video sent to his phone from Cornell and the FBI? Does the show somehow take place in an alternate reality where the feds can’t tap his phone?

5 | Has The Last Man on Earth‘s Phil become too much of a jerk to function as our protagonist? And has the show abandoned its titular premise, or is Todd perhaps not long for this world? 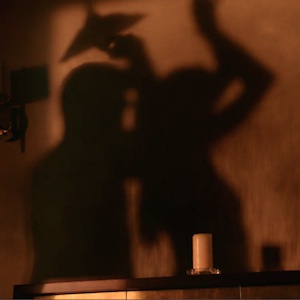 6 | What’s the verdict, Castle fans: Was this Nathan and Stana, or not quite?

7 | Might Dancing With the Stars judge Bruno’s criticism of Charlotte McKinney — “You’re never going to win the Nobel Prize for quantum physics, but you’re easy on the eyes.” — have been his most deplorable yet?

8 | Does Forever get this week’s Perfect Casting Award for having David Krumholtz play a younger version of Judd Hirsch’s character? And do you think Abigail is still alive?

9 | Now that we’ve met almost all of New Girl‘s parental units, can Season 5 finally bless us with a Thanksgiving episode that gathers Jamie Lee Curtis, Rob Reiner, Kaitlin Olson, Nora Dunn and Margo Martindale all under one roof? (Cece’s mom can come, too!)

10 | Was Cougar Town‘s grand finale too Jules-centric for what started out as a Courteney Cox vehicle but quickly grew into an ensemble effort? And was Bobby Cobb’s Skype return usurped by the obvious tablet placement? 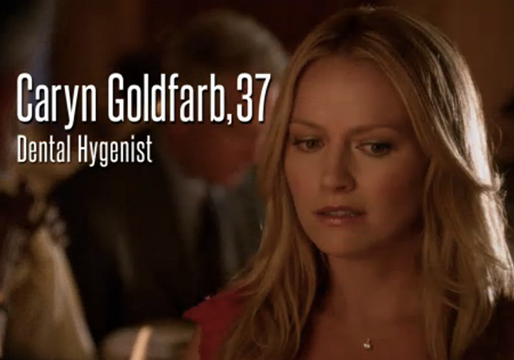 12 | What is wrong with the universe that the delectable Becki Newton isn’t the star of a hit sitcom? And on that subject: Should Weird Loners consider hiring a new editor? (Based on their spelling of “hygienist” in the premiere, we’re thinking yes.)

13 | As Justified unspools its final two episodes, is Mikey’s “Will you hold me?” moment now the death scene to beat?

14 | As Agents of S.H.I.E.L.D.’s Simmons handed Bobbi those gizmos in quick fashion, were you privately hoping some sort of “sting” was in play? Or did the zapping completely surprise you?

15 | Does The Flash’s Nora Allen give anyone else Annette O’Toole/Mama Kent vibes? Also, given James Jesse’s “I am your father” line, do you wish they had named the new Trickster Luke?

16 | Who’s your guess for the next X-Files character to be part of the revival? 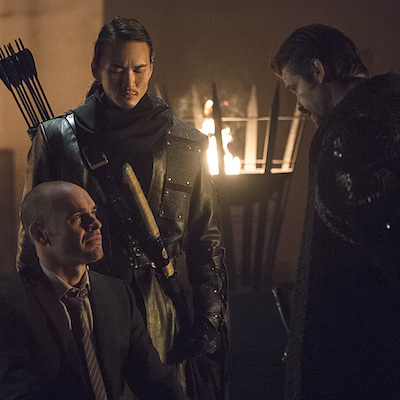 17 | Does Arrow’s League of Assassins lug around these ornate fire pits when setting up safe houses? Or do they rent? And Lance must know Roy isn’t really the Arrow because of the height difference alone, right?! (Not to mention, he knows Roy is Arsenal!)

18 | Supernatural fans, are you disappointed Bobby didn’t get to share any screentime with Sam or Dean?

19 | Nashville‘s Teddy has become so shady, he’s got to end up a goner by the end of the season, right?

20 | Is American Idol‘s choice of Jason Derulo as next week’s mentor a slap in the face to Season 6 champ Jordin Sparks — who went through a messy breakup with the “Talk Dirty” singer last fall?

21 | Callie and Dan on Grey’s Anatomy — thumbs up or down? And if down, are you just saying that because you’re still hoping for a Calzona reunion? And how could the experienced Bailey have been so clumsy in seeking out organ donors? 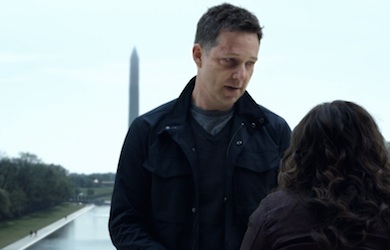 22 | Can some D.C.-based Scandal fans help us out here? Doesn’t this green-screening of the Washington Monument backdrop, while otherwise convincing, put the Lincoln Memorial at about the height of an Egyptian pyramid?

23 | Why was Mom‘s studio audience so quick to laugh at a plastered Bonnie’s behavior after the recovering addict tossed away her sobriety? (And before you say “laugh track,” the Chuck Lorre comedy is filmed in front of a studio audience.)

24 | Does Jason Statham have a beef with Jimmy Kimmel? Or does the Furious actor always give dismissive, one-word answers in interviews, as he did on Thursday’s Jimmy Kimmel Live?

25 | Is it harder than ever to hear dialogue above some of TV’s more soundtrack-driven dramas? If you agree, which shows are the worst repeat offenders?