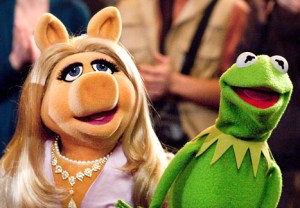 Don’t tell Miss Piggy, but Kermit is getting back together with his first love — television.

TVLine has learned that ABC is developing a reboot of The Muppet Show, with Big Bang Theory co-creator Bill Prady co-writing and exec-producing.

The network is slated to shoot a pilot presentation later this month under the working title Muppets 2015. Details of the plot are sketchy, but TVLine has obtained the following logline: “The Muppets excitedly gather at ABC for a meeting about the new Muppet Show. However, the show will not move forward unless Miss Piggy signs on.”

This isn’t Prady’s first brush with the Muppet-verse. He previously worked on Muppet Classic Theater and The Jim Henson Hour, as well as other Muppet specials.

The original, syndicated Muppet Show aired from 1976 to 1981. ABC revived the franchise in 1996 with Muppets Tonight, but the series was cancelled after 10 episodes.