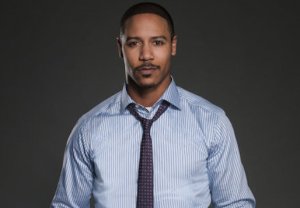 One of ABC’s Mistresses is being sent to the principal’s office in Season 3 — and she’s gonna like it!

TVLine has learned exclusively that the addictive summer sudser has cast Brian White (Beauty and the Beast, Men of a Certain Age) to court Rochelle Aytes’ single mom April.

White, who is currently heating up Scandal as Olivia’s new beau Russell, will play Blair, the headmaster at the school attended by April’s daughter Lucy.

Blair is described as a man who “embodies authority and strength” and “works the hell out of a suit.” April, whose last boyfriend turned out to be an FBI agent secretly investigating her back-from-the-dead hubby (who died for real at the end of Season 2), will find herself drawn to Blair’s “reassuring and stable” personality — and “how well-liked and well-connected he is as headmaster. Most of all she feels safe and protected when she’s around him. His mere presence commands respect, making him the ideal partner at a time when her daughter needs some serious structure in her life.”

White’s casting is just one of several big changes coming to Mistresses in Season 3. Jennifer Esposito (Blue Bloods, Taxi Brooklyn) will be a series regular as Calista Raines, the “new mistress” who’ll step into the role of “friend, mentor and surrogate sister” to Jes Macallan’s Joss following the exit of that character’s actual big sis Savi (Alyssa Milano).

Milano left the show following the decision to move the production from Los Angeles to Vancouver. Esposito’s character will now anchor the action along with Macallan, Aytes and Yunjin Kim (as legendary hot mess Karen).

Excited about White joining Mistresses? Bummed that April is seemingly kaput with Ricky Whittle’s Daniel? Sound off in the comments!