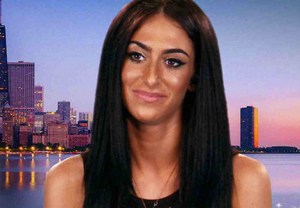 “We are deeply saddened by the loss of Linsey ‘Jade’ Berardi,” reads a statement from Oxygen who officially confirmed Berardi’s passing on Friday. “Our deepest sympathy and heartfelt thoughts go out to her family, friends and fans.”

Berardi’s cause of death is not yet known, and no further details have been released.

Dubbed the “Brooklyn Brat,” Berardi voluntarily exited her season of the Oxygen reality show early, following an intense physical altercation with one of her co-stars. She was replaced by Alysia Garza, known as the “Texas Temptress.”