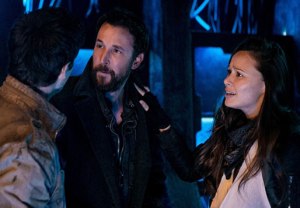 TNT has a very busy summer ahead, with the return of seven favorites plus the debut of three new series.

Among the newcomers, Proof stars Jennifer Beals (The L Word) as a brilliant surgeon who, in the wake of her teenage son’s death, teams with a billionaire tech inventor (Weeds‘ Matthew Modine) to explore recincarnation and such. The cast also includes David Sutcliffe (Gilmore Girls), Joe Morton (Scandal), Callum Blue (Royal Pains) and Edi Gathegi (Justified).

Public Morals, meanwhile, is set in 1960s New York and stars writer/exec producer Edward Burns (Saving Private Ryan) as an officer of the NYPD’s Public Morals Divison, which is populated by cops who walk a thin line between morality and crime as vice-related temptations threaten to snare even the best of them. The cast also includes Michael Rapaport (Justified), Elizabeth Masucci (Inside Amy Schumer) and Ruben Santiago-Hudson (Castle).