TVLine has a pair of goodies for Bitten fans to nibble on, to mark the upcoming Stateside debut of Season 2.

As previously reported, the supernatural thriller’s (deliciously darker) sophomore run will start unspooling on Syfy on Friday, April 17, with a two-hour opener.

To enhance your viewing experience, TVLine can exclusively report that Syfy has launched for U.S. viewers “The Undoing” (at Syfy.com/bitten/undoing), an online deep-dive into the mythology of the series by way of “found” materials, original photos, videos and footage from the series. As Season 2 gets underway, “The Undoing” will update with new content throughout.

But if pretty pictures are more your thing, TVLine also has this exclusive photo of series lead Laura Vandervoort showing off her lycanthropic mani. Surely a gent out there can fetch her a towel and handsoap…? 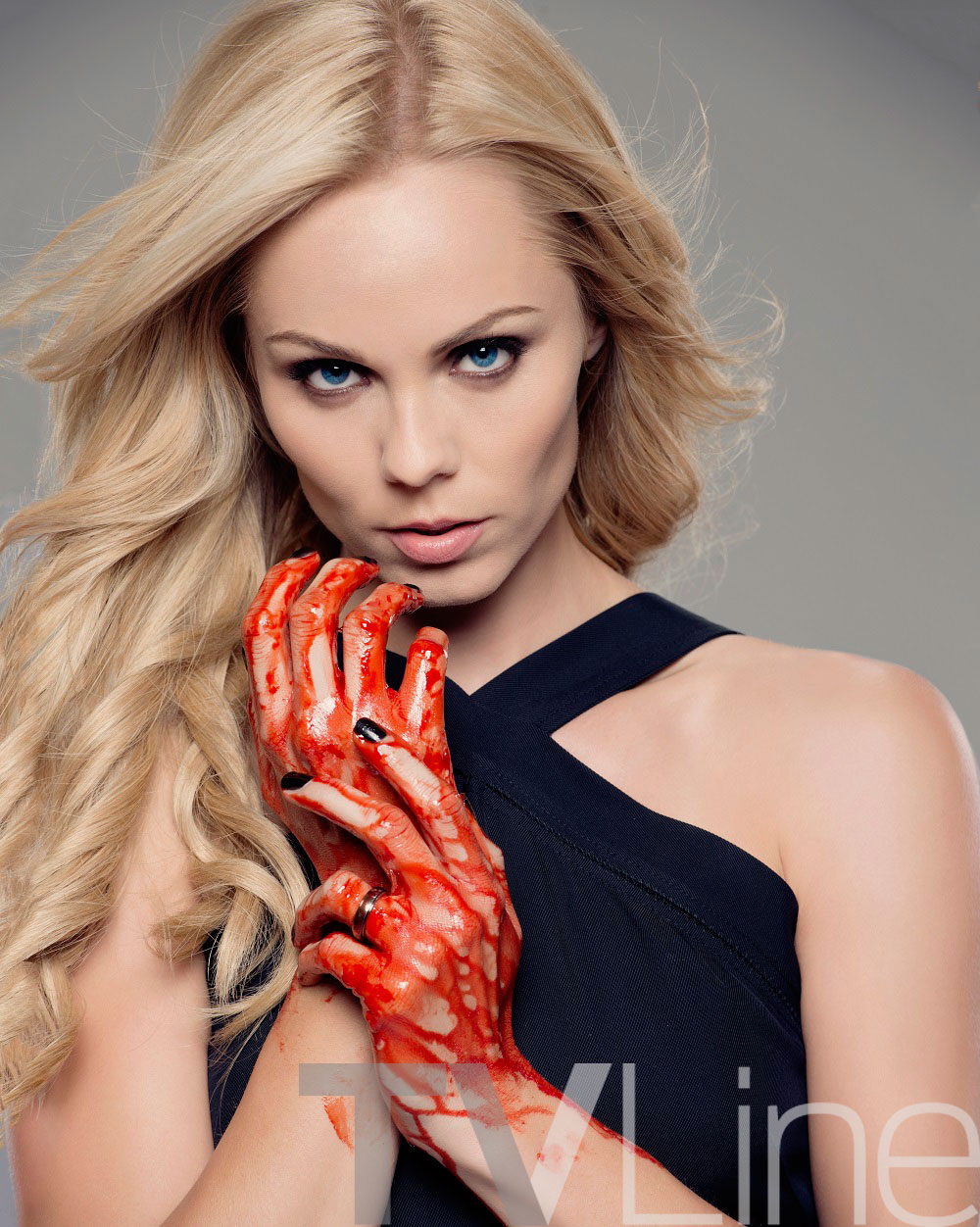