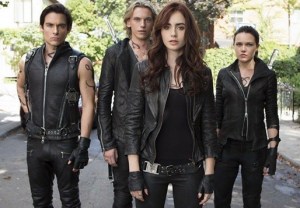 ABC Family is giving The Mortal Instruments a second chance at life.

Despite the box-office disappointment of 2013’s Mortal Instruments: City of Bones, Cassandra Clare’s popular young-adult book saga has been given a series order, with production beginning in Toronto this May.

Now titled Shadowhunters, the one-hour drama series will follow a girl named Clary Fray (played in the film by Lily Collins), who discovers on her 18th birthday that she’s a Shadowhunter — a human-angel hybrid born to hunt demons. Following her mother’s kidnapping, Clary teams up with a fellow Shadowhunter named Jace (Jamie Campbell Bower in the film) and her best friend Simon to fulfill her destiny.

Various other supernatural creators, including vampires, werewolves, fairies and warlocks are also in the mix.

All right, Mortal Instruments fans, speak up: Who should play Clary and Jace? Drop a comment with your dream casting picks below.