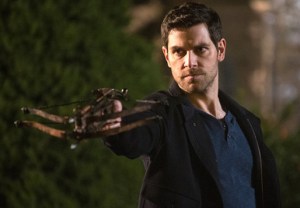 NBC’s Grimm this Friday drew 4.9 million total viewers and a 1.0 rating, ticking up in audience but down a tenth to a series low demo.

The CW’s Hart of Dixie sure-felt-like-a-series finale did 1.4 mil and a 0.4, up 27 percent in audience while flat in the demo.