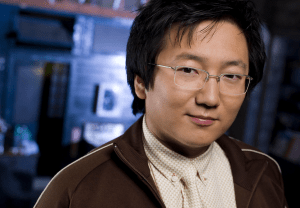 Masi Oka will reprise his role as Hiro Nakamura in NBC’s 13-episode revival Heroes Reborn, which the network now confirms will premiere in the fall.

“I’m excited to return to my Heroes roots,” said Oka, who will appear in a multi-episode arc. “Hiro Nakamura was such an inspirational role to play, and I’m hoping the fans will enjoy seeing him back on TV.”

Oka is currently co-starring in CBS’ Hawaii Five-0, which is shooting its season (or series?) finale this week.

“We are thrilled to have Masi back in the Heroes family,” said series overlord Tim Kring. “The character of Hiro Nakamura was such a huge part of the first series’ success, and a gigantic fan favorite. We felt the fans would really love seeing him back in action again.”