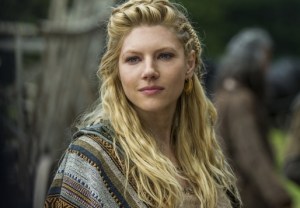 In part because, like, no one would ever have the stones to tell Ragnar and Lagertha to shove off, History has renewed Vikings for a fourth season, it was announced on Thursday.

“Vikings has raided the hearts of both audiences and critics, establishing itself as one of the most compelling, visually stunning dramas on television,” History GM Dirk Hoogstra said in a statement. “We are so proud of our immensely talented cast and crew led by [series creator] Michael Hirst, whose intriguing storylines and pivotal arcs have the perfect balance of scope, smarts and bloodshed to keep our loyal fans watching and wanting more.”

Season-to-date, Vikings is averaging 4.3 million total viewers (with 2 mil landing in the 18-49 sweet spot), in Live+3 ratings — ranking as the No. 1 cable series on Thursday nights.