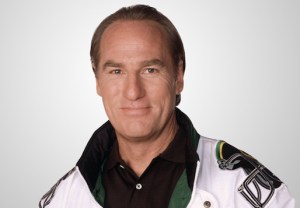 NBC is tackling a Coach revival.

The Peacock network has ordered a 13-episode sequel to the ’90s sitcom, with Craig T. Nelson reprising his title role, TVLine has learned.

The present-day Coach will pick up 18 years later and find Nelson’s Hayden Fox interrupting his retirement to become assistant coach to his own grown son, who is the new head coach at an Ivy League school in Pennsylvania that is just starting up a new team.

Barry Kemp, who created the original Coach (which aired on ABC from 1989-1997), will write and exec-produce the continuation. Nelson will also serve as an EP.

It’s not yet known which Coach alums will be reuniting with Nelson, who is coming off of a six-season run on NBC’s Parenthood. An airdate is also TBD.

It’s been a big week for ’90s TV resurrections. On Tuesday, Fox announced that it had ordered a six-episode continuation of The X-Files, with David Duchovny and Gillian Anderson reprising their signature roles.