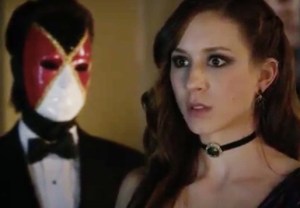 Pretty Little Liars‘ Season 5 finale may have answered one burning question (#CharlesIsA!), but it left fans with, arguably, more new questions than any previous finale — and that’s saying a lot.

Fortunately, TVLine got executive producer Oliver Goldstick on the line — after making sure it wasn’t being tapped, Andrew — to clear up some confusion about Mona’s return, Jason’s (potential) twin and the now-confirmed time jump in the works for Season 6.

TVLINE | What’s next for Mona, now that she’s back among the living?
Her plan didn’t work, did it? She had a very intricate plan, but she was beaten at her own game, and she’s pretty damn smart. We’ve taken three characters from the books who were the brainiacs — Spencer, Mona and Andrew — and we’ve made a really interesting, surprising trinity. They’re all bright and resourceful; I can’t think of a better way to describe this “A” than “resourceful.” 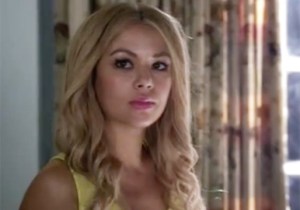 TVLINE | But she’s not giving up, right?
Oh, she ain’t giving up. She was tortured, too! And she was made to wear that horrible wig — for how long?

TVLINE | Oh, that wig was truly the greatest injustice.
RuPaul would have rebelled against that thing.

TVLINE | Like many viewers, I assumed that Charles is Jason’s twin. Is that a fair assumption?
It’s a fair assumption, but don’t go to Vegas and bet on that. I would hold out, because answers are going to come. We’re looking at Season 6A as a compressed season; not only are we doing less episodes — we’re doing 10, whereas we usually 12 or 13 — but it takes place over three weeks. In those three weeks, the girls are dealing with the fallout from the bunker trauma. They’ll be pursuing and receiving real answers, as will the audience.

TVLINE | With that time jump approaching, have you already mapped out where each of the girls will be in the future?
Oh yes. We’ve been talking about [the time jump] for years. This is the same group of writers who have been here since Day 1, so a lot of the ideas that have been bandied about, even two or three years ago, are just now coming to fruition. We’ve had the writing on the wall — literally, on the board of our writers room — as to where these girls are going to end up. But we’re surprising ourselves, too. There are some juicy developments that we didn’t expect, which I think the audience is going to love. 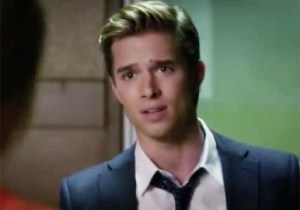 TVLINE | Regardless of whether or not Charles is Jason’s twin, will we see more of Jason in Season 6?
Yes, you will indeed. It’s a very powerful story, actually.

TVLINE | I also have to ask about that creeper Andrew. What can you say about his role moving forward?
All I’ll say is that there are some elements to Andrew that are really going to surprise you. I think I read in one of the tweets that he’s a father, but no, he’s no one’s daddy. That’s another ABC Family show.

TVLINE | Now that Spencer’s parents know about “A,” and I assume the other parents will be clued in, will this change the way they look at the girls? Will they apologize for doubting them all these years?
That’s a great question, because there’s going to be a domino effect. Not just the families, but the school — everybody — will have to look at these girls differently. All of the crying wolf and strange, erratic behavior starts to make a lot of sense. So they’re thrown a big pass because of this now; there’s reason to believe these girls have been lying for a legitimate reason, out of fear and self-preservation. But that doesn’t mean they’re suddenly going to start sharing everything with mommy and daddy. There are still things you can’t tell them, as we all know.

TVLINE | I’m mostly excited to see Tanner’s reaction. She’s the worst.
She might retire. This might be the end of Tanner. She might start selling wind chimes in New Mexico after this case.

TVLINE | I have to say, I was surprised when Spencer mentioned Maya last night. Was that for any particular reason?
I think that’s a word that would make “A” perk up, just as it made you perk up. Given Maya’s history with the series — she was sort of clued in by the end, and possibly had some answers — it was not “A” that killed her, but that doesn’t mean “A” didn’t try.

TVLINE | Lastly, let’s talk Aria and Ezra, the only original couple not together right now. What can you say about their future?
I would say it’s complicated. Just when you think it’s over, a huge event like this can create a seismic shift, and you have to look at this person again and think, “Should we go our separate ways, or is the universe telling us we need to be together?” The universe sends them some messages that are really mixed.

PLL fans, I know you’re still reeling from the finale, but let’s try to work this out together: What do you make of these new teases? Do you believe Charles is, in fact, Jason’s twin? Drop a comment with your thoughts and theories below.