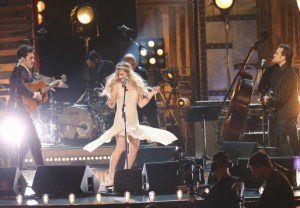 Consider this a formal APB for Nashville‘s Connie Britton.

Because although the musical ABC series’ second On the Record special — which aired Wednesday — is great, it could be so much greater if our favorite redhead took part in the live music goodies in some fashion.*

In short: I want Rayna’s real-life counterpart on stage, y’all.

Aside from the lack of the fabulous Ms. Britton, the hour-long concert, filmed at Music City’s Grand Ole Opry, is a solid, satisfying treat for fans. And just like the first installment, On the Record 2 proves that the drama’s cast is full of really strong musicians who are in their element when playing to a crowd.

Instead of a regular recap, I’ve pulled together a bunch of photos from the evening — complete with commentary, of course. So click through the gallery below for a rundown of all the kinda-live special’s tunes, and make sure to come back next week when Season 3 starts its boot-scootin’ boogie toward the finale.

*According to a release for the special, Britton had a scheduling conflict that kept her from participating. 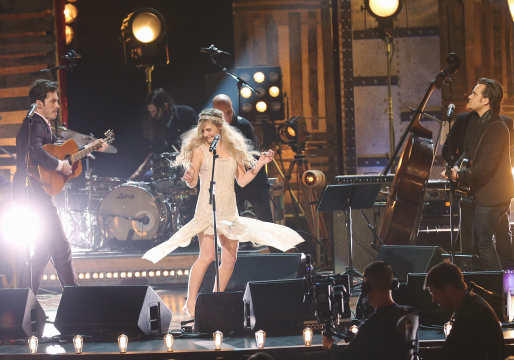