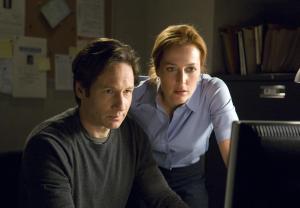 When Scully got abducted, we were there.

When Mulder got shot by a ghost, we were there.

When extraterrestrials gushed green goo, co-opted bee colonies and pretended to be a missing girl from the ’70s, we were there.

So of course we’re obsessed — like, Lone Gunmen-level obsessed — with the news that Fox is bringing back The X-Files for a six-episode revival sometime in the near future.

With the long-awaited continuation in mind, we’ve pulled together a list of several elements we’d like to see in those six episodes. From a bald ballbuster to Scully’s standard salutation, the gallery below is filled with our favorite X-Files hallmarks — but we want to hear what you’d like to see in the new episodes, too.

So click, reminisce and then hit the comments with your list of what series creator Chris Carter must include when we next encounter the FBI’s most unwanted.