Fans of the legendary Dick Van Dyke will flip their ottoman when he guest-stars on ABC’s The Middle — and we’ve got your first look at his “reunion” with real-life brother Jerry. 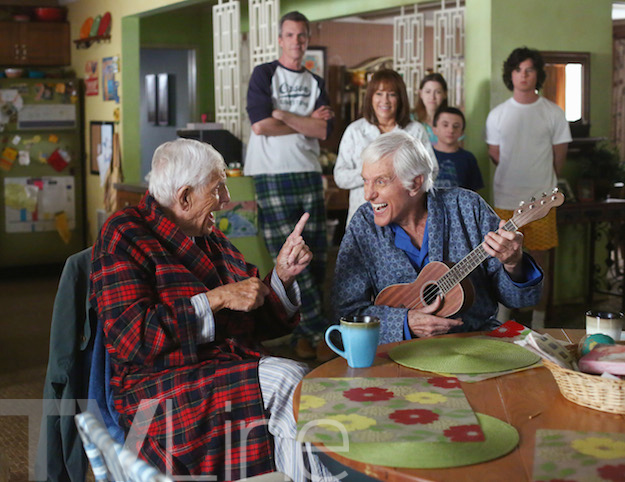 In the sixth-year sitcom’s April 22 episode, “Two of a Kind,” the Hecks get caught in the middle of a long-standing family feud when Frankie’s Uncle Dutch (played by Dick Van Dyke, 89) contacts her dad, Tag (Jerry Van Dyke, 83), in a bid to bury the hatchet with his estranged younger brother.

As seen in the photo above, it appears that at least a bit of sibling revelry is on tap, as the Van Dykes engage in a rare on-camera collaboration.

Elsewhere in the episode: When a fearful Sue receives her first detention ever for being caught going off campus for lunch, she seeks advice from Axl on how to survive the ordeal unscathed.