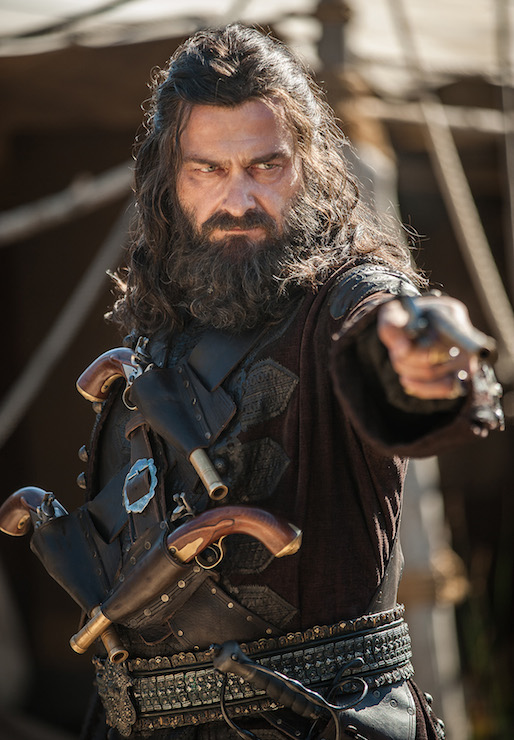 Starz has announced that Irish actor Ray Stevenson (Rome, Dexter, the Divergent films) is boarding the swashbuckling saga in Season 3 as the iconic Edward Teach aka Blackbeard.

One of the most notorious pirates to have ever lived, Blackbeard returns to settle some unfinished business, yet a great deal has changed during his absence. As such, he will have to disrupt cemented alliances and challenge new ones to achieve the impossible.

Starz also released a sneak peek at a Season 3 teaser that will run at the close of this season’s finale (airing Saturday at 9/8c):