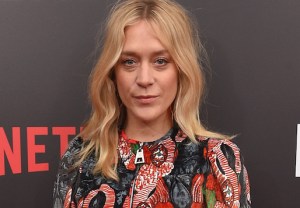 Chloe Sevigny is the latest member of Ryan Murphy’s American Horror Story troupe to return to the fold.

The Big Love alum, who played a nymphomaniac in Asylum, will be a series regular on the upcoming season, Murphy tweeted on Tuesday.

Very excited to announce that Chloe Sevigny returns to the AHS family as a series regular on "AHS: Hotel."

There are no details yet on what character Sevigny — or any of the confirmed cast members — will play on the latest iteration of the FX drama. Fans who watched Asylum will recall that evil Dr. Arden amputated the legs of  Sevigny’s Shelley, then injected her with something that mutilated her, after she mocked him while he attempted to rape her.

Sevigny recently appeared in Those Who Kill, The Mindy Project and Bloodline.