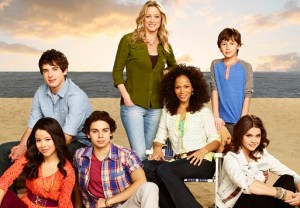 Warning: The following contains major spoilers for Monday’s The Fosters.

Although no ambulance had arrived on site when The Fosters‘ season finale concluded Monday night — seriously, how did the dispatcher know there was a fatality?! — it appears the car accident that closed the hour may have, indeed, taken a life.

Jake T. Austin — whose character, Jesus, was in the sideswiped vehicle alongside his twin sister, Mariana, and their pregnant birth mother, Ana  — announced on Twitter that his run on the ABC Family drama “has come to an end” with the Season 2 finale.

“I’m honored to have been part of such a groundbreaking series,” he wrote.

Co-creator Bradley Bredeweg later hinted that “not everything is what it seems on The Fosters,” so maybe Jesus is just going off to boarding school?

A spokesperson for the network confirms Austin’s exit.

I'm honored to have been a part of such a groundbreaking series, but I personally want to let you know that my time on the show….

has come to an end. Thank you for letting me be a part of your family, it's been a pleasure. -JTA

All of us at #TheFosters wish Jake the very best. But we are still a family. And as I said, not everything is what it seems on #TheFosters

Fosters fans, will you miss Jesus? Leave your condolences in the comments!