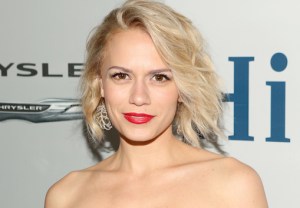 Bethany Joy Lenz is getting her con on.

The One Tree Hill alumna has landed a series-regular role in Smoke and Mirrors, Shonda Rhimes’ con artist-themed ABC drama pilot, TVLine has learned exclusively. (The project was FKA The Catch.)

The potential series centers on the strong successful Alice Martin (The Killing‘s Mirelle Enos), a fraud investigator who’s about to be the victim of fraud herself by fiancé Kieran (NCIS‘ Damon Dayoub). Between her cases, she is determined to find him before it ruins her career.

Lenz will play Kieran’s wife Zoe, a girl-next-door-type who is able to pass as Kieran’s sister in their cons. She loves her husband and loves their life — amoral though it may be — and she’s going to hang on tight as she senses him slipping away from her.