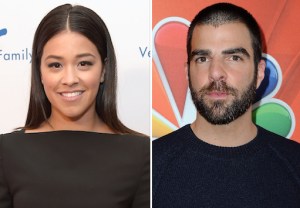 Gina Rodriguez (Jane the Virgin), Zachary Quinto (The Slap, Hannibal) and singer Joe Jonas (also of the upcoming NBC variety series I Can Do That!) are among the first-timers on board for Hollywood Game Night Season 3.

A premiere date has not yet been set for Game Night Season 3. Who else would you like to see take another crack at a little something I like to call “Crunch Time”?