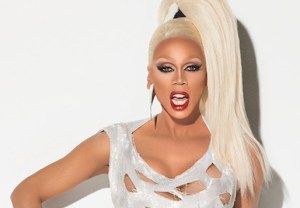 Condragulations are in order for RuPaul’s Drag Race, which Logo renewed for an eighth season on Friday.

Production is already underway on Season 8, with a nationwide casting search kicking off Friday to find a new crop of queens to battle for the title of America’s next drag superstar.

* Mila Kunis (Family Guy) has been added to the guest list for James Corden’s first Late Late Show on Monday (CBS, 12:35 am).

* Prior to American Odyssey‘s April 5 premiere, the new NBC drama will be screened in theaters on March 25. Click here for a complete breakdown of the major cities, from New York to Los Angeles, where screenings will take place.